The real Carnaroli has finally arrived in New York.

Eataly the food store of excellence in New York, where the gastronomic marathon of identità golose is held. Eataly not only reunites the best italian and chefs from New York, it also reunited the best italian products, like our Autentico Carnaroli Rice.

We were surprised, almost speechless, when we found out, that The Americans love italian risotto and many of them even know how to cook one. All the clients that came by our stand during the 3 day fair, were very interested and listened attentively to all explanations on the quality of the rice and on its eco-friendly production process.

Not only Eataly, but also famous chefs cook with our Carnaroli, such as chef Francesco Apreda (hotel Hassler Rome), who has created a risotto alla puttanesca with grilled mackerel with lemon during a gala dinner on Saturday. 13th October, where everybody enjoyed the dish and especially the host of the evening, Lidia Bastianich, noted the exquisite quality of the rice.

On Sunday, 14th October Francesco Apreda prepared the same dish in the cooking school of Eataly, where he explained the origins of this combination between rice and puttanesca sauce from the chef’s early childhood and the cooking technique. 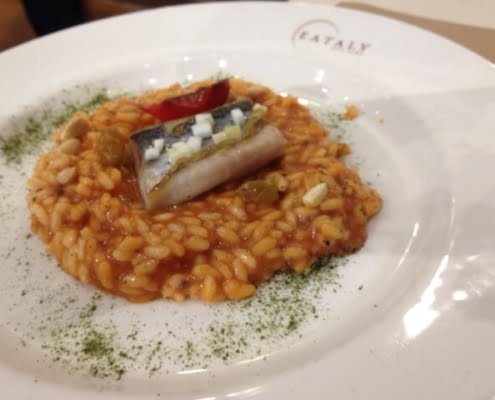 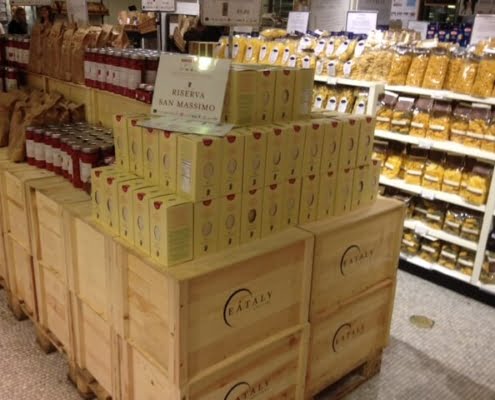 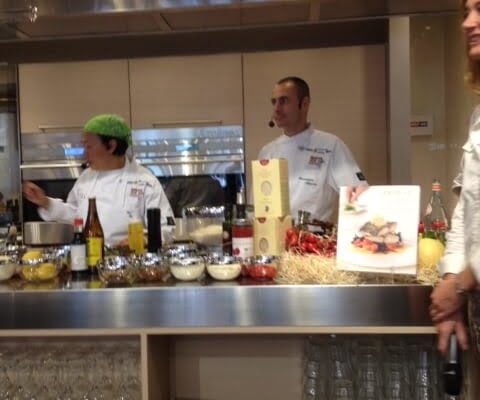 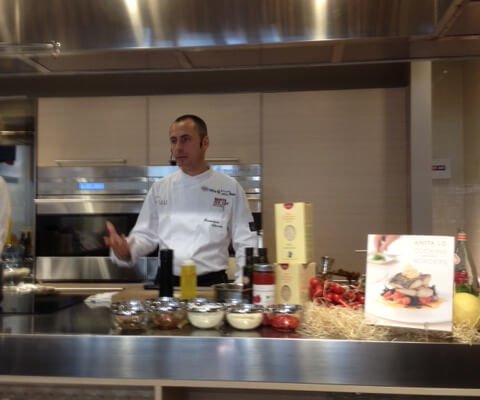 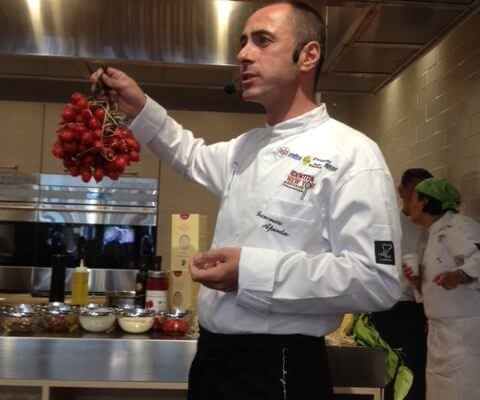 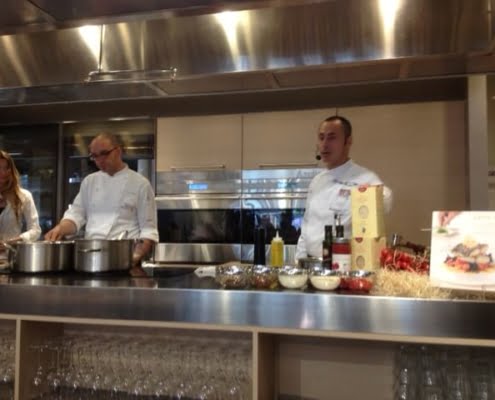 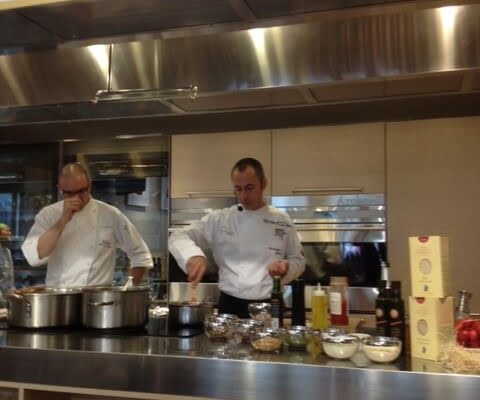 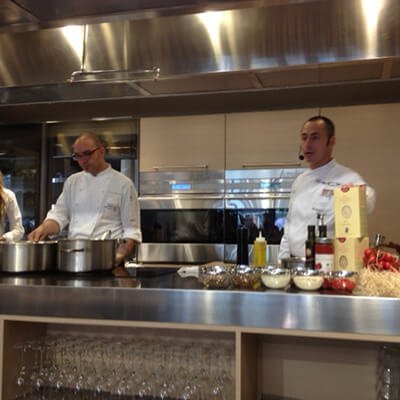 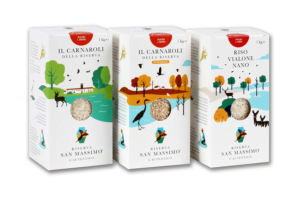